A small group of Year 5 and Year 6 children were lucky enough to take part in a dance development day. Linking to our Enterprise Skills of Taking a Risk and Making a Presentation, the children followed routines choreographed by Boston High School students and learnt their own routines to perform in front of everyone else.

“I’m so pleased I went; it was a really good experience and we did all sorts of different dances,’ J (Y6). 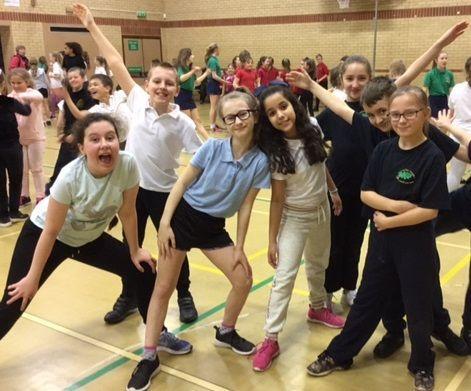 “I was really nervous at the start and didn’t want to perform in front of so many people, but I did and it was great fun,” K (Y5). 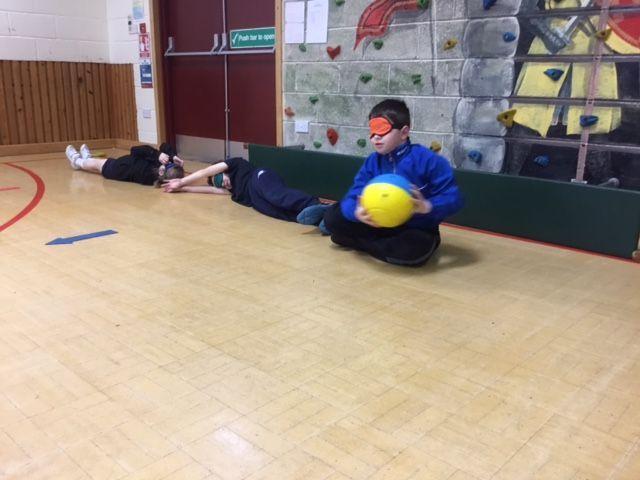 Are the children falling asleep? No…they are playing goalball. The children had to use their listening skills to hear the ball (which had bells inside) coming towards them and protect the goal behind them. A challenging, but fun game! Well done to the Wyberton team for representing the federation.

The Wyberton Football team played amazingly well in the County Finals at the weekend. Even though the conditions were cold and wet, the team showed great resilience and the scores for their first three games were 7-0, 3-0 and 4-0 to Wyberton. However Wyberton conceded a goal in their fourth match which meant they just lost their place in the final, but came 3rd overall which is a great achievement. 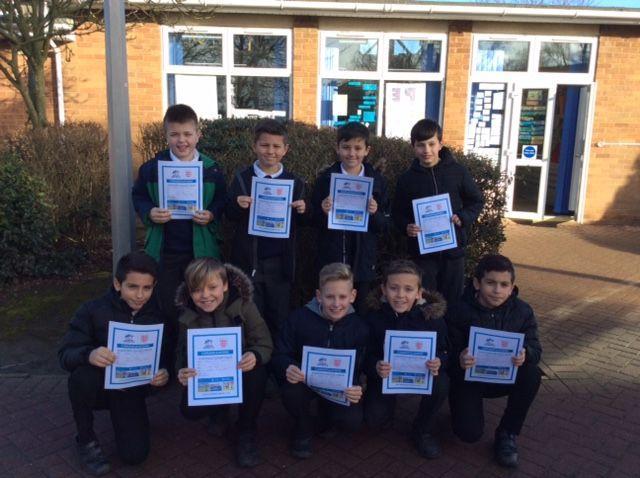 Well done Wyberton and thank you to all the parents and Mr Melson for supporting the team.

Table Tennis Stars in the making!

On Thursday 18th January, 5 boys made the short journey to Kirton Middlecott school to compete in a Table Tennis competion as pat of our sports partnership. It was a successful competition fo Wyberton, where all the team played very well. A special well done must go to Harry who was the winner in the boys category. Well done boys! Sounds like you 'smashed' it!

Reception and Year 1 'smashed' it at tennis

Our Reception and Year 1's were treated to a taster session from Boston Tennis Club on Friday 12th January in our school hall. The children were practicing their balancing a ball skills as well as learning how to hit the ball correctly with a racket. Wimbledon have been in touch and they are keeping an eye on our Recepion and Year 1 children as there are some future tennis stars in the making! A big thank you to Boston Tennis Club for coming in and working wih our children for the afternoon.

Today, (Thursday 11th January, 2018) 18 children made the short journey to the Peter Paine Sports Centre to compete in the Year 3 and 4 Indoor Athletic Competiton as part of our School Sport Partnership. For most of the children, this was the first time they had represented Wyberton Primary School and they felt honoured to do so. The children had to compete in a series of athletic races against 9 other schools. Wyberton finished 5th overall which is amazing considering this is the first time the children have attended a competition. Well done to all the children who attended.

On Thursday 2nd November, 9 children travelled to Peter Paine to represent Wyberton Primary School in a Small Schools 7 a side Football Tournament as part of the School Games.

Wyberton started strong as they won all their group games without conceding a goal which saw them advance to the semi-final.

The semi-final was a close game, with Wyberton beating their opponents 2-1 and making their way to the fiinal. The trophy was in sight!

The final game saw Wyberton compete against a school that they had already beaten during the group stages, but they remained focused on their goal.

The final result was in Wyberton's favour as they won 3-0 against a very stubborn team. This means that in January, we are representing our area in the English Schools Lincolnshire FA County finals which will take place at Skegness.

A huge congratulations to all the team and coaches on a successful tournament in which they were presented with medals and a 1st place trophy!

The sun shone beautifully for our Sports Day this year. The children demonstrated great commitment and perseverance to all their races – even in the heat. Every child took part in four races which included the sprint, the egg and spoon race, the obstacle race and a skipping/sack race. Earlier in the week, the children took part in the field events (javelin, shot-put, long jump and discus) and the scores were combined from both events.

All children cheered on their team mates, however, congratulations to the Red Team who won the Sports Day shield for gaining the most points overall.

Taking to the Slopes!

Two teams from Wyberton played on Friday 17th March at Surfleet. These games allowed our children to have competitive experiences and apply their training into games against other local primary schools. Thank you to the team members for giving their time and for all the parent supporters.

We are immensely proud of the football team who played brilliantly on Thursday 9th March. Playing against Sibsey Primary School, Harry (playing for Wyberton) scored the first two goals before half time.

In the second half, Sibsey scored making the score 2-1, but this motivated Harry to score his third goal of the match. Within the last few minutes, Charlie W finally placed the ball into the back of the net taking the final score to 4-1 to Wyberton. This fantastic success secured Wyberton’s place at the top of the league which resulted in ‘bubbly’ celebrations!